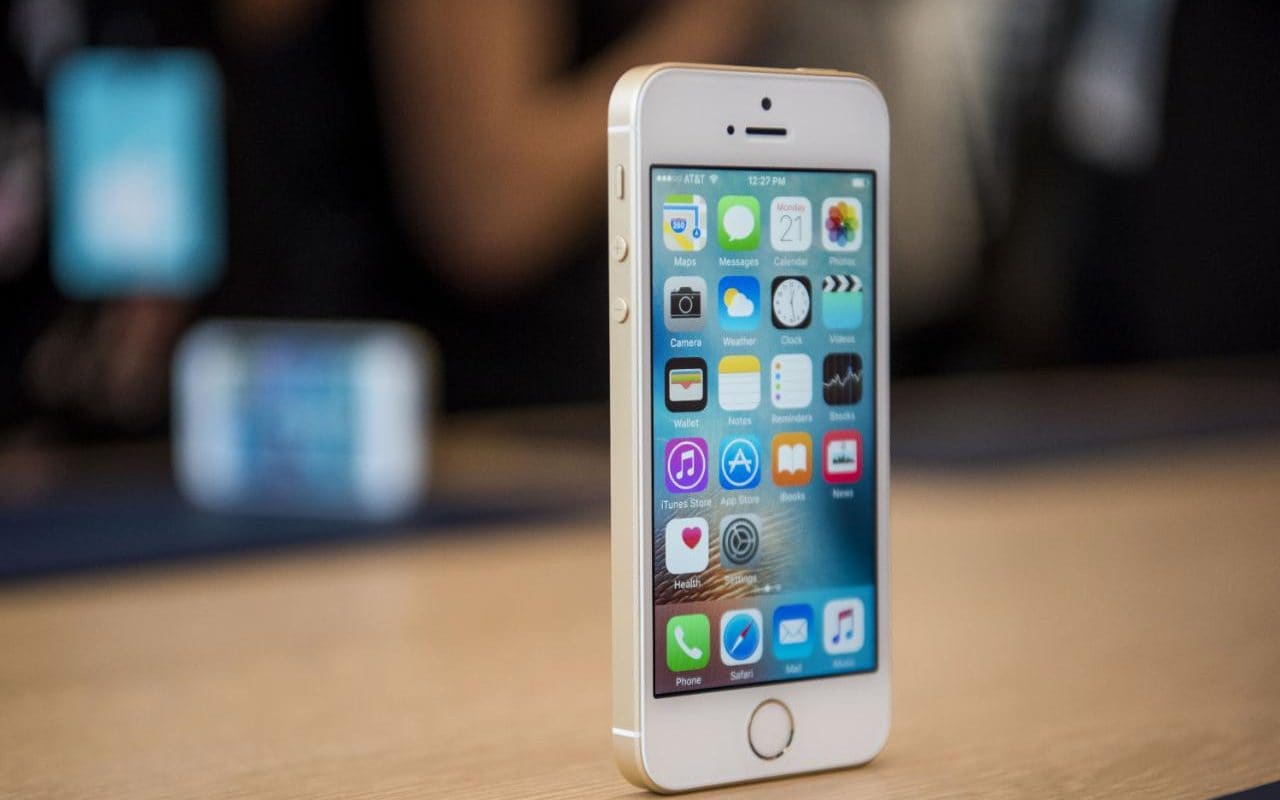 I’ve always been somewhat of a gadget guy. I was an early adopter of the earliest video game systems (think Tank Battle, Atari, Colecovision) and home computers (remember the Vic 20, Commodore 64, Commodore Pet?). I even bought one of the early Casio calculator watches in the 1980s. Continuing the trend, I picked up a Casio electronic organizer in the early 1990s, followed by the original Palm PDA with a stylus and the first HP tablet PC in the mid-2000s. Dell’s first tablet PC followed, then the iPhone, and now the iPad and iPad 2.

Summary show
Read more Articles :
General Observations
VISUAL DESIGN
FEEL
FEATURES
PRICE
What I like best about the iPad
INSTANT ON
EASY TO USE
OPTIMIZED FOR TOUCH
CONVENIENT TO USE AND FUN
LONG BATTERY LIFE
Where the iPad falls short
HANDWRITING IS TERRIBLE
DRAWING IS AWKWARD
LACK OF FLASH SUPPORT
COPY AND PASTE IS CUMBERSOME
NO CAMERA ON iPad 1
FINGERPRINTS ARE EVERYWHERE
SHORT POWER CABLE
FINDING THE RIGHT APPS IS DIFFICULT
iTunes IS REQUIRED
Final thoughts

But, as much I’m a tech guy and an early adopter, I never bought a gadget because it was “cool.” I am too pragmatic and always analyze the usefulness of a gadget before I buy. And like you, I’m too busy to play around with gadgets. I need a gadget that saves, not costs, my time and money.

So when the iPad was introduced, I did my usual research to evaluate the product’s usefulness in my daily life. There is plenty written about the iPad’s “cool” features, design, potential, and a fair bit written on its technical shortcomings. But, not so much written about its actual usefulness in daily life. With many people now asking me, “how do you like your iPad,” I figure I would write this article to help others determine if it is right for them – after all, it’s not a cheap buy. 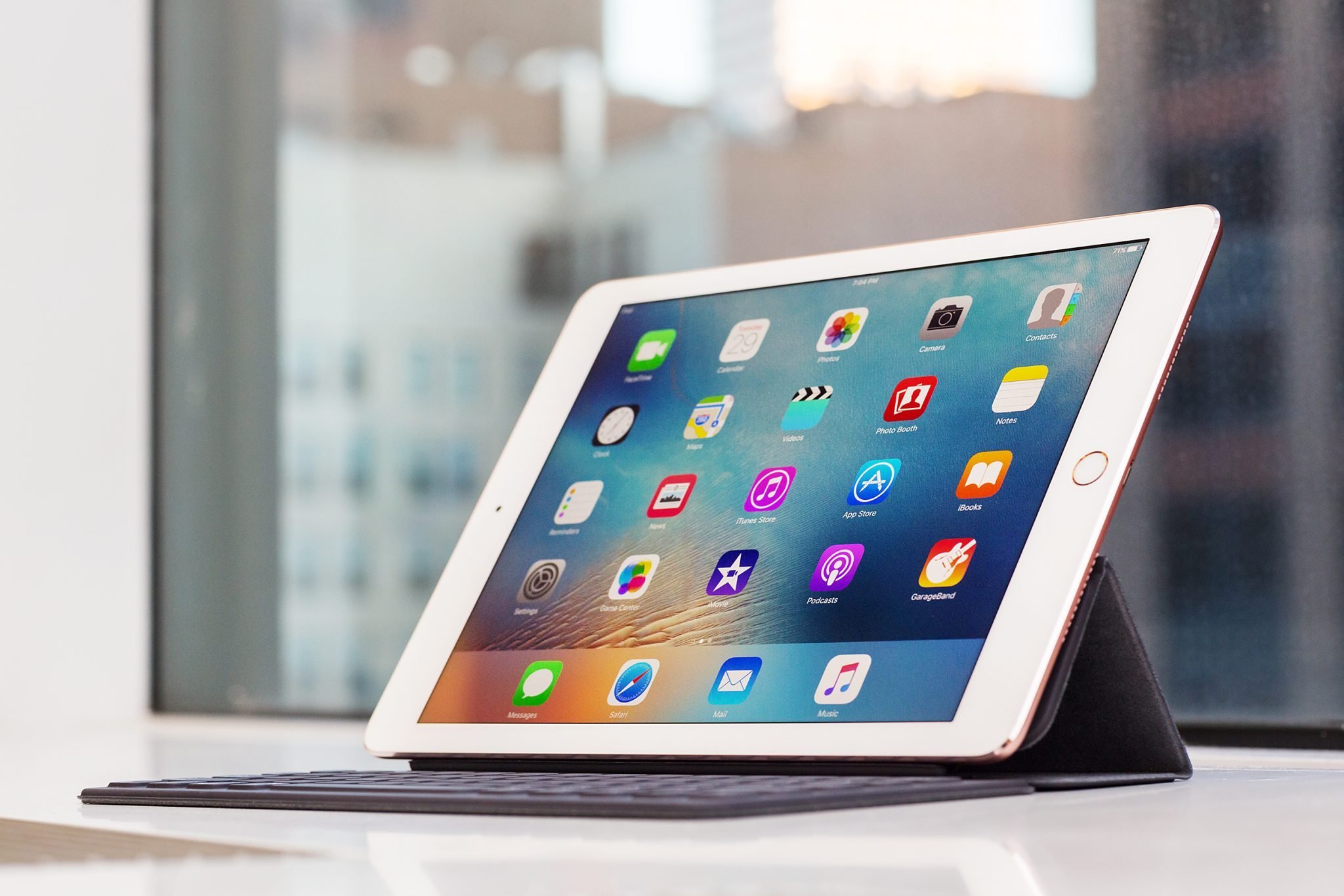 As with most Apple gadgets, the iPad is certainly a beautiful product to look at. Similar to the iPod and iPhone, it’s like buying a piece of jewelry. The iPad 2 further improves on the original design.

I find the iPad awkward to hold. This was a surprise to me since it looks so sleek. But, with its weight and rounded edges, it doesn’t feel comfortable. The more I try to grab it; the more likely my thumb will activate the touch screen in undesirable ways. Adding an optional case helps. For the iPad 1, I have Apple’s case, and it’s functional, but, personally, I wouldn’t say I like the look and feel of the material. The iPad 2 comes with the sleek new magnetic cover design – neat, but it only covers the screen (which may be fine for some, perhaps).

While I could write about the touchscreen, 3G, or its many other features, the features really only matter if you find the apps you want to use. And, that’s too personal a choice for me to lend an opinion here.

The low price of technology today is amazing, so when evaluating the iPad’s price, I have to do so compared to other technologies. A somewhat-close comparison today (in terms of portability, anyway) is likely a netbook — one of those mini notebook computers that have recently become popular. Netbooks are available for half the iPad’s price, making the iPad seem expensive for a device that in some ways doesn’t do as much. Although, it could be argued that even though the iPad does less, what it does well, it does very well. So, it comes down to what you need the gadget for and whether the iPad or a netbook better serve that need. Other new gadgets are entering the market, so there will be more options available.

Click a button, and it’s on. No waiting. As a side note, the MacBook Air has near-instant – very convenient.

It’s the easiest-to-use computer you will find, period. For people who don’t need a conventional computer’s full capabilities, the iPad is a perfect solution. If you have ever taught someone how to use a computer, you know how difficult it can be for an inexperienced person to navigate a computer operating system, not so with the iPad. The learning curve is refreshingly gentle. In my mind, this same simplicity is what drove the success of the iPhone, perhaps more so than its multi-touch display and other innovative features. (iTunes, on the other hand, is another story; more on that below.)

The iPad is designed as a touch device, so the interface is made for finger interaction. Tablet computers that use conventional operating systems (like Windows 7) are clumsy to use by comparison. The onscreen keyboard is quite good as well (although power users will likely still want to have the optional wireless keyboard) 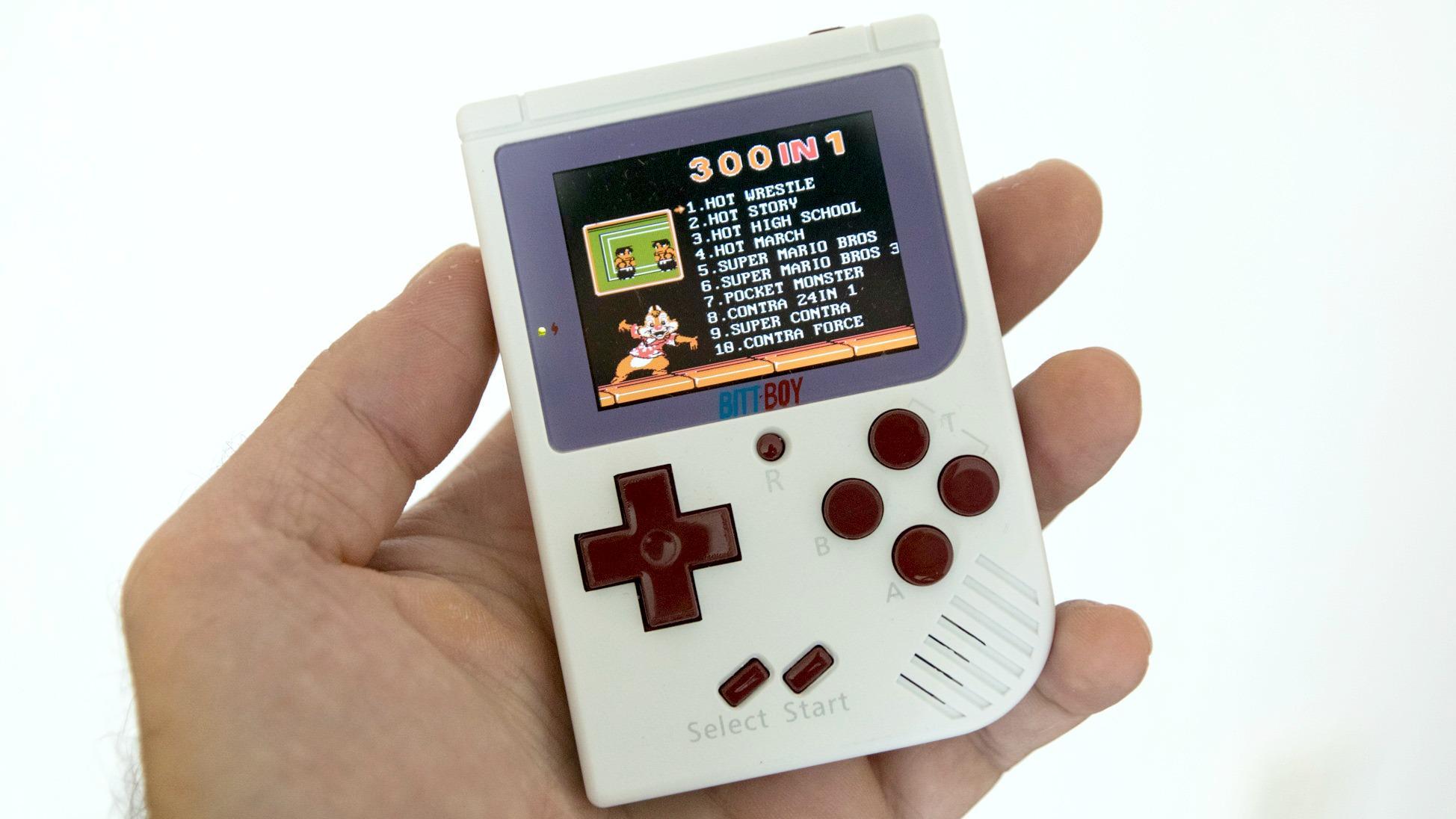 CONVENIENT TO USE AND FUN

It’s a great device to pick up and start “doing.” And, it’s easy to share with others nearby. You will find yourself reading/watching/playing just for the heck of it. It’s fun.

Compared to a conventional computer, the iPad gives you many more hours of use between charges.

INEXPENSIVE AND AMAZING SOFTWARE THAT IS EASY TO INSTALL
Most iPad apps sell for under $2 and can be installed with a single click. And, many amazing apps take full advantage of the tablet format.

Where the iPad falls short

Although I have looked, I have yet to find a good handwriting app. I don’t think I will because the iPad’s capacitive touchscreen only works with a stylus with a blunt sponge-like head (designed to mimic the electrical touch of a finger). This makes handwriting awkward for anything other than a few short words with huge letters. Conversely, my Dell tablet PC with Windows 7 and OneNote allows me to use a typical pen-like stylus quite comfortably. I was hoping the iPad could replace my paper notebook, but not a chance.

Similar to handwriting, drawing with an iPad lacks precision. I’ve seen impressive drawings created by talented people using the iPad. But, I suspect that you have to be a very talented and patient artist to find it useful for drawing.

If you really want the full Internet, you need Flash. Too many websites rely on it (and for more than just games or animated banners). Maybe things will be different in 5 years, but today, the lack of Flash support means I have to forgo much of the Internet that I find most useful. Apple has publicly suggested that the iPad will never support Flash. It’s an issue.

COPY AND PASTE IS CUMBERSOME

I frequently need to copy and paste the text. While the iPad has this capability, it is slow and cumbersome to use, prompting me to jump frequently to my notebook computer to send an email or post a website comment.

NO CAMERA ON iPad 1

Not having a camera limits the usefulness of the iPad 1 as a device to have around the home and on the go. Being able to capture impromptu photo moments is an important benefit of a mobile device. iPad 2 solves this problem with front and back cameras, similar to the iPhone 4.

The display is nice, but it looks like you were finger painting on it when you shut it off. A small but annoying inconvenience is common to most touch devices.

It’s concise. (An extension is available as a separate purchase).

FINDING THE RIGHT APPS IS DIFFICULT

There are free apps, and there are apps you must buy to try. It would be helpful if most apps were provided on a free trial basis, but it seems only a few apps are available this way. Luckily, most prices are quite low, so the risk of buying something that you don’t like is manageable. Still, who wants to buy five cheap apps to find the right one?

The iPad locks you into using iTunes to manage your music, photos, and other content. While having a single application to manage content has its benefits, it can be very inconvenient (and costly). You have to have a computer to use it and enable your iPad for the first time. Maybe it’s just me, but I have always found the iTunes interface confusing and the program painfully slow, not to mention the frequent and annoyingly-large minor upgrades. iTunes is surprisingly one area where Apple’s design sensibilities continue to fall short. 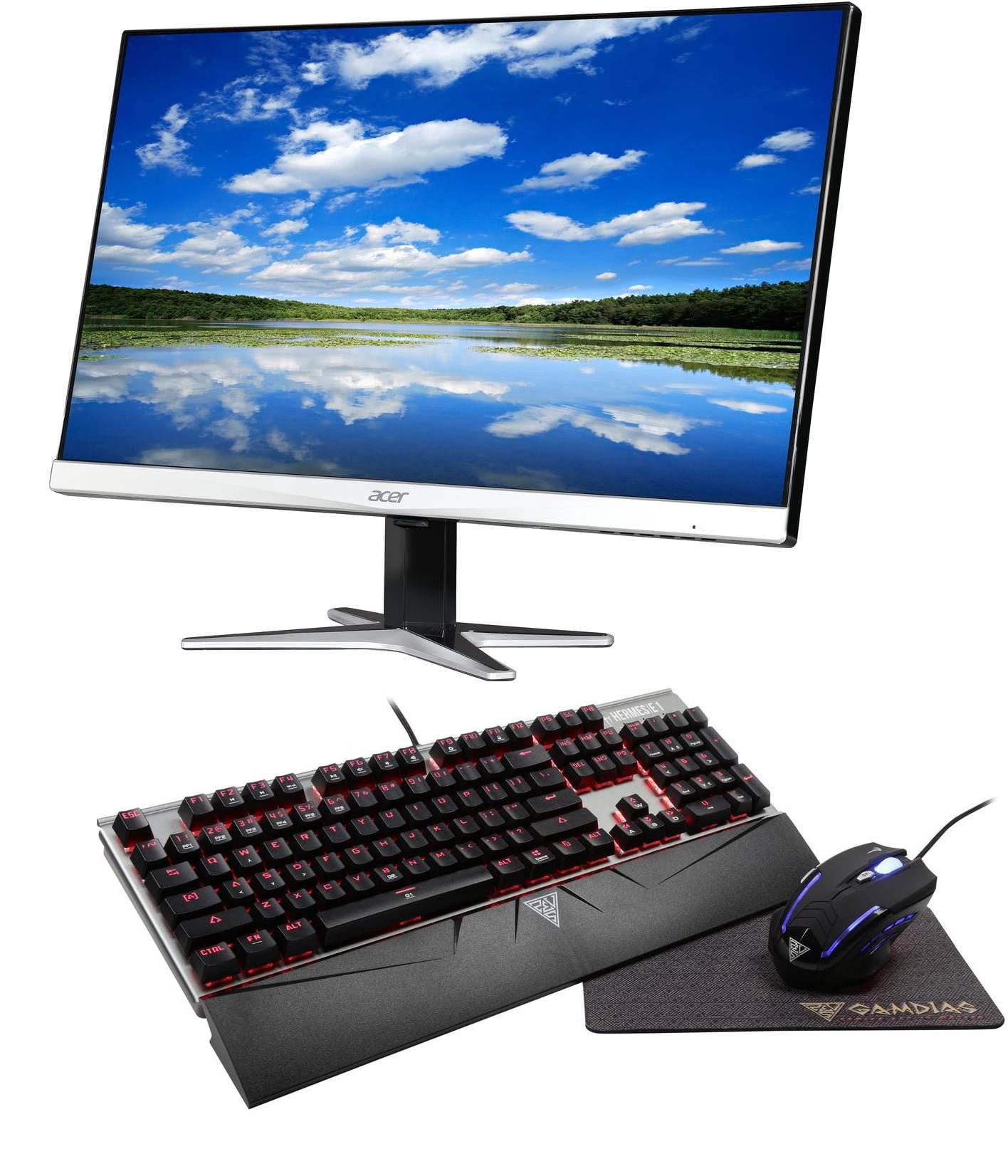